Physics Makes The World Go Around: Understand How & Why Things Work 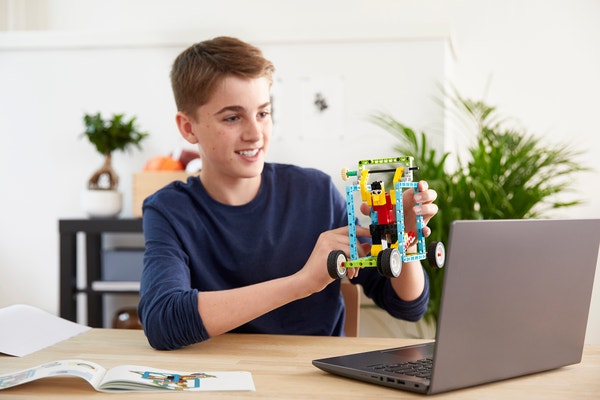 Physics Makes The World Go Around: Understand How & Why Things Work

Love it or hate it, physics is all around us and a lot of phenomena that happen on a daily basis can be attributed to physics. The science of physics explains how well an athlete will perform in a sports event and also how clothes get neatly pressed with the heat of the iron.

As a rule of the thumb, there are some laws that explain physics in action, and it is advisable to study them in-depth, to be able to understand the different scenarios of life.

Read through the Blog to brush up on your physics lessons;

Sir Isaac Newton was a mathematician, a physicist, and an astronomer, who was the greatest of his time. He played an instrumental role in finding the mathematical principles of nature and summarized them into three laws of motion for the universe.

Newton studied in great detail why objects move and what happens to a moving object in motion, thereby presenting his findings. The first law states that an object starts moving only when an external force acts upon it. On the other hand, a moving object will keep moving without change in its velocity, until an external force works upon it. This first law of motion is also called the law of inertia.

Example: While traveling by bus, when the driver suddenly applies the brakes, our body tilts slightly forward, before it moves back. The jerk felt is due to the law of inertia. Our bodies continue to maintain a state of motion even when brakes are applied for the bus to come to a stop, thereby pushing us to lean forward in the direction of the motion of the bus. Inertia is basically the resistance offered by the object to the change in motion.

The second law states that the change in momentum of a body is proportional to the magnitude and direction of the force applied to it. The momentum of an object is equivalent to its mass and its velocity. This law is among the most important in physics.

Where F is force, m is motion, a is acceleration.

Example: When you visit a grocery store, it is easier to push an empty cart, but it takes great effort to push a loaded one. This is due to the relation between mass and the object. The mass has an inverse relation to acceleration, thus the loaded cart moves at a slower pace than the empty one.

When you are standing on a surface, we know that gravitational pull is at work. The gravitational force is pulling us down and hence our feet remain firm, unlike outer space where we could float away. Did you know that even we are exerting some kind of force and pulling the Earth up in equal measure? Newton’s Third Law states that if object A exerts a force on object B, then B must also exert an equal amount of force in the opposite direction. Forces thus work in pairs and no single body can alone apply force, without it being subjected to the equal and opposite force.

When you press the trigger of a fire gun, the action force pulls the bullet outside the gun, while the reaction force leads the gun to push backward.

Now that we know the three laws of motion, let us pass on this lesson to students in a fun & engaging way.

LEGO® Education BricQ Motion Prime Set engages students of ages 6-8 in the exploration of physical science with the sports context into play. Essentially, children undertake projects to build models and experience hands-on learning to understand the phenomena of force and motion. Such LEGO® Education kits contribute to the STEAM syllabus followed by IB schools in Dubai, and other Middle East regions. Get ready to foster ‘aha’ moments by adopting easy tools by LEGO® Learning System, now easily available across the UAE.

To learn more about LEGO® Education BricQ Motion Prime Set and its dealership in the GCC region and all over the Middle East, simply visit our website https://shop.knowledge-hub.com/